I Am On The MOVE THE LORD SAYS:
I did not ask for Paul's permission to show myself to him on the road to Damascus. (Act 9:3) I did not check to see if he qualified to carry my gospel to the Gentiles. I did not need him to seek me first in order to appear. He hated me up until that moment. He was a murderer and a thief while wearing Pharisaical robes, killing MY FRIENDS in the name of religion.

Nowhere does it say, I had to have repentance to work. I love repentance. I would that all men come to repentance. (2Pe 3:9) That is my heart, but I will deliver, I will appear, I will SHOW UP SUDDENLY. Paul was headed to Damascus, as angry and bitter and determined as ever, then next breath, He's blind and seeking my face.

Why do you doubt me, O man of God? Why do you think it takes so much groveling for MY WORD to work? Walk by faith, yes. (2Co 5:7) I am the God of faith, yes. But Paul had no faith. He hated me until then. You limit what I can do preaching faith at the exclusion of MY PRESENCE. Ask anyone who's encountered me, ask this writer what she's experienced, and they will tell you I am WELL ABLE.

Man has not seen what I shall do JUST BECAUSE I CAN DO IT.

Yes, I need faith, but MANY have used their faith in prayer and worship. Many have sought me for revival and the glory to fall. Many have decreed and declared and fallen on their faces just like Paul. They laid in MY PRESENCE and believed I would come, and so I shall in a MIGHTY WAVE. A GLORIOUS WAVE. A WAVE OF POWER LIKE MAN HAS NEVER SEEN.

EVEN NOW IT BEGINS. For their faith, I will do MIGHTY THINGS to people who aren't seeking and won't ask and don't believe. To hardened criminals who have done horrific things, to politicians who have permitted sin to enter MY NATION, to actors and celebrities who have decried MY PRESIDENT, who have made themselves enemy #1.

They will slander me one moment and worship me the next. You have no idea what I am about to do.

Stop shortening my arm. Stop cutting my power off. Stop erecting barriers you think I cannot get around. Stop pleading for Paul and watch me make A PAUL OUT OF YOUR CHILDREN. Out of the unlikely the ungodly, the unholy.

Stop looking for sin and LOOK FOR MY PRESENCE, EXPECT MY POWER.

"Lord? What of my son? What of my daughter?" you ask. "Will you save him or her? She has done such terrible things."

AS IF I HAVE NOT SEEN TERRIBLE THINGS. AS IF I MUST TURN MY GAZE AWAY FROM YOUR EXCREMENT BECAUSE I AM TOO HOLY AND IT OFFENDS ME. FOR THE LAST TIME, I CAME TO SAVE THE WORLD. NOT PART OF THE WORLD NOR A SMALL PORTION NOR JUST A FABLED REMNANT, BUT ALL OF IT.

You measure me in a thimble when I am an ocean. Greater still, I am the molecules that make up everything. Man is mostly water. This is science, but I am the CREATOR of science. I am the WATER OF LIFE which flows outward from the throne. I am the FOUNTAIN which never runs dry. (Rev 22:1; Rev 21:6)

I am in all things and all things are mine, and I will move amongst you as I did for Paul. Suddenly. Unexpectedly. And no one will write about it and state some other reason why. No one questioned Paul's experience. "Oh, you know, that was just a dream he had.” “That was a UFO.” “That was this or that" or some other reason why. No, they questioned because here was a man who shouldn't believe but did.

I CAN, I WILL MAKE MANY PAULS. Pray in faith. Stand in faith. And EXPECT THE SUDDENLY to come. One will be traveling to L.A. … Yes, I AM in L.A. The god of this world is not stronger than me … One will be traveling that way, and I will shine down like a beacon, and they will say, "Lord?” and I will reply, "Why do you persecute me, Saul of Tarsus? Rise up and go where I shall lead and be baptized."

Without asking their permission. Or yours.

I need no man in order to work, but I desire all men to worship. The madman of Gadara was not able to resist me nor the legion that held him in that place. He fell and worshiped, and I freed him. I was able then, and I am able now. (Mk 5:6)

Light will always overcome darkness. Darkness will never douse MY PRESENCE. Sin has forever been defeated. The god of this world, that old enemy, the devil, lost forever and this cannot be undone. His kingdom does not overwhelm mine. His authority has been taken. He only has the hold you give him but even then, there's Paul, and we come back to it. Paul was satisfied murdering. He was content in his hate. I changed him anyway.

The POWER OF RESURRECTION is beyond your thinking. Your mind cannot contain it, and what any man, ANYONE FROM MOSES TO DAVID TO ELISHA TO PAUL experienced is ONLY THE TIP OF THE SCALE.

I said LIGHT BE and LIGHT WAS because I AM LIGHT. I NEEDED NO SUN NOR MOON TO AID ME. I NEEDED NO ARMY TO SPLIT THE SKY FROM THE EARTH NOR TO SEPARATE THE SEAS. I DID THAT UNDER MY OWN POWER, and I PLANNED MAN'S REDEMPTION BEFORE TIME CAME INTO BEING. I PLANNED IT AND I EXECUTED MY PLAN AND NO MAN ANYWHERE WHO WORSHIPED ANY OTHER THING PREVENTED ME. NOT EVEN THE POWERS OF HELL COULD STAND IN MY WAY. THE FUTURE AS I HAVE WRITTEN IT WILL COME INTO BEING JUST AS I HAVE DECIDED, AND IT WILL END, NAY BEGIN ETERNITY, AS I SET OUT MILLENNIA AGO.

So go ahead. Try and stand against me and watch as I mop up my enemies.

Watch as the EAGLE rises from the ashes and a nation UNDER GOD becomes a nation FULL OF GOD. The mouth of the Lord of Hosts has spoken it. Amen. Selah.

“And when the dragon saw that he was cast unto the earth, he persecuted the woman which brought forth the man child. (14) AND TO THE WOMAN WERE GIVEN TWO WINGS OF A GREAT EAGLE, THAT SHE MIGHT FLY…” (Revelation 12:13-14)

[Suzanne] I stopped here to pray because the Presence of God was so strong, and the Holy Spirit came over me with laughter. I laughed because God is laughing. (Ps 2:4) See the walk-out of several TRANSPORTATION carriers. Holy Spirit says, “Freedom Fliers,” and, “I am on the MOVE.”

THE LORD CONTINUED:
The enemy is a crumb on the table that I remove. Do not pay attention to him. Keep standing and in standing, set yourselves like flint because all of the power of heaven stands behind you. You are not an average man. You are not a regular old woman. You are MINE. A child of the KING OF KINGS under the AUTHORITY OF HEAVEN. I have authorized you to GO and MAKE DISCIPLES, so do it unafraid and watch demons quake, watch nations change, watch souls revive seemingly lost forever in their sins.

You are not like everyone else. You are ANOINTED with the same power that raised CHRIST. THE SAME POWER THAT APPEARED TO PAUL OUT OF NOWHERE WITHOUT BEING INVITED. Now imagine what being invited will do. Invite me and watch what happens. (Rm 8:11) 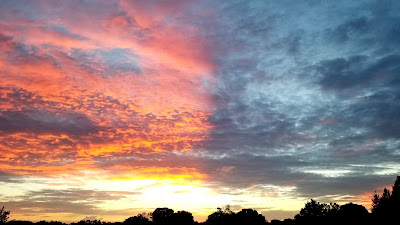 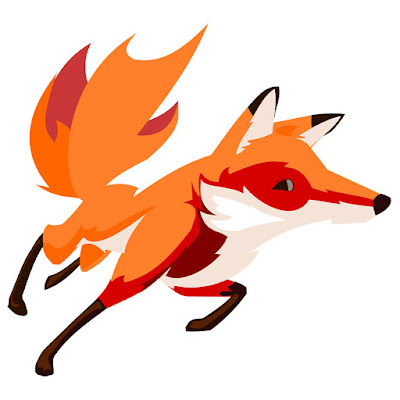