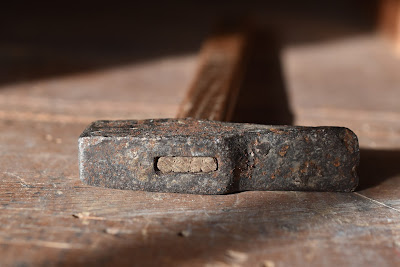 I have argued with the Lord over sharing this word, my greatest point of disagreement being my personal self-image. I have said this before, but I do not know why my heavenly Father has taken such a strong stance over this nation through me in such a short period of time. I have long avoided prophecy and politics like ... well, like a plague ... and do not have the years with it under my belt like others.

But the more I hold off, the stronger it grows, replaying itself inside over and over again, and I learned what that meant long ago. I must be obedient. I make only one other statement. I have substituted or eliminated names to prevent any issues with social media platforms. I think you will get the point anyway.

These are the words of the Lord given to me on March 18, 2021. They are HIS WORDS, not mine. Comments are moderated.

I have not, I WILL NOT EVER bless the work of a thief.

Do you think I would vacate my throne and hand it to the enemy? Would I give him the keys to heaven and allow him to have his way? Oh foolish Americans. Oh untrusting church. I tossed him out. He would NOT put himself above Me or the man I'd created.

He has surrounded himself with jackals. Hyenas baying at their own reflection.

He is king of fools, not president.

What I have not raised, what I haven't sanctioned, I will now tear asunder and return the man I have chosen, yes, the man I have blessed, will be restored to his rightful place. My David elected by the people in ABUNDANCE.

Is this not always my way? Do I not do everything with more than enough? Yet you doubted me based on the words of a handful of deluded and desperate individuals with the enemy's agenda and selfish ambitions.

Let me step aside and hand them the keys to the kingdom. Let me set aside all the work that I've done for thousands of years. They trod the blood of the Son of God in their words and their actions. I CANNOT AND I WILL NOT OVERLOOK IT.

The earth is MINE and the fullness thereof is a result of MY HAND. Sweep Me away from it, and it will fail. If you still doubt, see the work of man, the environmental disasters. Do you think those would happen if under my control? No! I have a solution for everything. There is nothing I cannot heal and repair. Yeah, nothing would fail if left up to Me.

Look, too, to the unrest of the earth, to it's slow lingering death. Is this an image of Me? Is it a picture of My Heaven? Do you think anything fails there? NO!

I am the source of life. Nothing that lives or breathes can do so outside of Me. If I remove My hand then it would all collapse. I have NOT removed My hand. I have not stepped aside and allowed a group of thieves to take over My nation. I will not overlook the covenant they have broken.

Yet you say, What covenant? How did a handful of people many years ago do anything divine?

You think within borders, within cultures, within denominations. I am looking at the heart. I know their intentions and the intentions of the men who founded this nation. None of them perfect, none righteous in their own strength, but all working the success of the plan that I designed.

Yes, MY DESIGN. I am not taken by surprise, not then, not now. You would make me small and helpless and ineffective. You would fit me into your thinking alongside your next meal, but I am not held in place by anything or anyone. I am not fastened even to time. You count the minutes. I do not. You stare at the clock; you rearrange the calendar.

I will have my event in the hour of my choosing. Where is your faith?

I am a hammer that breaketh the rock in pieces, and I have created the waster to destroy. But, and do not miss My words which follow, did not I say, NO WEAPON FORMED AGAINST THEE SHALL PROSPER? Here is your heritage. Here is the victory you shall have from Me.

But it will be MY VICTORY. No one else will be able to say they had part in it unless they are as deceived by the enemy as the man calling himself president.

That is NOT your office to take, ----. It is MINE and MINE ALONE to do with as I please. You have shown your hand. Now watch as I show mine.

"Wherefore they are no more twain, but one flesh. What therefore God hath joined together, let not man put asunder." (Mt 19:6)

"Behold, I have created the smith that bloweth the coals in the fire, and that bringeth forth an instrument for his work; and I have created the waster to destroy. 17 No weapon that is formed against thee shall prosper; and every tongue that shall rise against thee in judgment thou shalt condemn. This is the heritage of the servants of the LORD, and their righteousness is of me, saith the LORD." (Is 54:16-17)

Image by Annabel_P from Pixabay 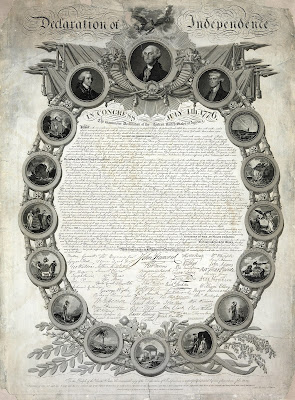