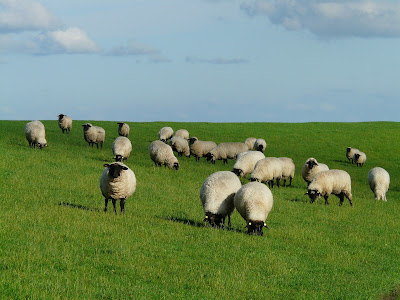 In the ultimate act of mercy, Jesus forgave the thief nailed to a cross at His side. Here was a man convicted of crimes and sentenced to death, yet Jesus promised him Paradise. (Lk 23:43) Was there anyone more lost than that?

The gospels are replete with Jesus' personal interactions with the sick, the demonized, and the weak. He sought out people who others avoided and overlooked.

"And it came to pass, as Jesus sat at meat in the house, behold, many publicans and sinners came and sat down with him and his disciples. And when the Pharisees saw it, they said unto his disciples, Why eateth your Master with publicans and sinners? But when Jesus heard that, he said unto them, They that be whole need not a physician, but they that are sick. But go ye and learn what that meaneth, I will have mercy, and not sacrifice: for I am not come to call the righteous, but sinners to repentance." (Mt 9:10-13)

Jesus described His ministry as that of a Shepherd seeking 1 sheep that'd wandered away. Though He'd come to save the world, He'd come to be the Savior, a personal, intimate God to each man and woman wherever life had left them.

He deliberately traveled to Samaria, a region not frequented by the Jews, to heal the heart of a woman with a low reputation. (Jn 4:7)

He went to the pool of Bethesda to heal a man who'd lain there, watching everyone else be healed, for 38 years. (Jn 5:6)

When the religious leaders wouldn't leave alone a man He'd healed of blindness, going so far as to grill the man's parents over it, He sought the man out and revealed Himself as the Son of God. (Jn 9:35) He wanted to be sure the man knew Him and believed.

He traveled to the country of the Gadarenes, specifically to deliver a man possessed by devils. (Mk 5:2)

Though He talked to crowds and often healed those who sought Him out (He responded to faith), He'd come to earth as a man to save the lost. He continually left the 99 to become who 1 person needed. (Mt 18:11)

"What man of you, having an hundred sheep, if he lose one of them, doth not leave the ninety and nine in the wilderness, and go after that which is lost, until he find it? And when he hath found it, he layeth it on his shoulders, rejoicing. And when he cometh home, he calleth together his friends and neighbours, saying unto them, Rejoice with me; for I have found my sheep which was lost. I say unto you, that likewise joy shall be in heaven over one sinner that repenteth, more than over ninety and nine just persons, which need no repentance." (Lk 15:4-7)

Here is the purpose of the church and the reason the Holy Spirit was sent. We are to do "greater works," (Jn 14:12) greater in quantity not quality. We are to "go into all the world" (Mk 16:15) and show Jesus' compassion, one person at a time.

We are not part of the body of Christ for what we get out of it but to share what we've been given with others. To be different because we're peaceful in the midst of chaos, joyful in a world filled with hate, and unrattled by the stresses and disease that come from every direction. We're to be like Christ, who with His last breaths forgave those who put Him there.

Image by Hans Braxmeier from Pixabay 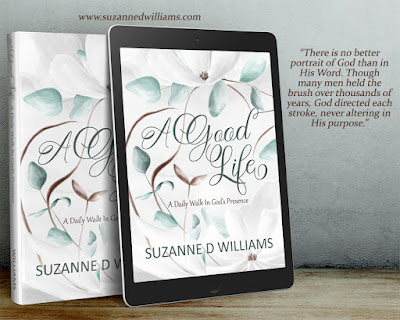